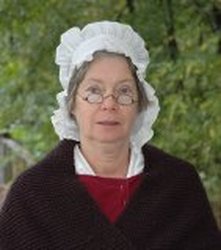 I always wanted to write mystery stories but like most somehow life interfered. That is probably true for 90% of people who want to be writers.

There came a time in my life when I had some leisure to write, easy access to research materials, and a strong desire to fulfill my dream. I wrote my first novel after reading a biography of the James family, so I set it in Cambridge in the early 1890's. I knew what was wrong with it. First of all, there was no murder. It was crammed full of back story and descriptions of a Victorian household. But I became fond of the characters: a lady detective and the people who lived in her boarding house.

I wrote a collection, maybe several collections, of short stories for my main character, Emily Lothorp Lawrence. Writing is way more fun than selling so it was a long time before any of the short stories appeared in print.

When I began the novel, I exchanged manuscripts with a friend who was a Civil War re-enactor. He said that if I was going to write history I had better do it, so I stitched up a simple outfit and attended several local Civil War battles.

Then one day I crossed a bridge into the New Republic (1790-1830). That crossing changed my life. I began interpreting that period, for which I needed a whole new set of clothes. I showed off the Oliver Evans mill, one of the first automated mills in the country. In time I was trusted with the care of a flock of heritage sheep.

Since I crossed that bridge, I have driven oxen, plowed a field with a team of horses, cooked in a wood fired oven, and spent a weekend in Maine in a 1870s household without running water or electricity. I have sheared a sheep, cleaned and spun the wool, knit and woven, and finally made a garment with the wool.

And I kept writing short stories.

"Weaver's Trade" was my Christmas story in 2012, and it won second place in the Bethlehem Writers Round Table.
© KB Inglee, 2014